I just wanted to let everyone know that I have updated this blog.

I added the quarterly poem and mini for Spring 2013. The yearly Novella for 2013, Shattered, has also been added. At the end of each year, these writings will be removed and complied into a downloadable file which you will be able to access for free.

My time will now consist of writing shorts for magazine submissions and finishing Malcontent.

If you want to stay on top of each of my posts, consider signing up to the blog by becoming a member on the right of the screen. You will receive a message for each new post.

Thanks again!
Posted by Sandra Madera at 2:09 PM No comments:

Lament: A Restraint Novel was just reviewed on the by Nicole on the Books Complete Me Blog. The review was very positive as it was given a rating of five books, meaning "Amazing!"


"Wow! This book is better than the first!...If you want a different view on vampires, or want to go into the past, this series is a good read!"

Thank you to Nicole and everyone at the Books Complete Me Blog!

If you would like to read another great review of Lament, read Josie Epping's review on her site, Josie's Haven, by clicking here.

Posted by Sandra Madera at 7:44 AM No comments:

I just published Shattered on Smashwords and Feedbooks. It is also posted on the Yearly Novelette tab on the top menu bar for those who don't want to download it.

I need to make a few technical adjustments to it before Smashwords will include it in their distribution catalog and add it to all major online bookstores, including Barnes and Noble. However, I expect it to be added within the next week.

Thank you to all my readers who waited patiently for new work to be published. I am currently hard at work writing Minis and Malcontent. So, look for new pieces in the coming weeks.
Posted by Sandra Madera at 5:34 PM No comments:

So, I wrote a mini short story about the Jersey Devil (don't judge me :P) for a magazine submission, and it was such a good experience, I decided to do it again.

The reason it was such a great experience was because I literally wrote it in one day. A short story should really be like 5000 words or less. The one I wrote today was 1500. My other published shorts are more like novelettes or mini novels of 10,000-20,000.

There is no problem in writing novelettes, but they just take way longer. I think the shortest time I ever spent writing one was a month and the longest was three months. While I love bringing you novelettes and I will continue to write them, I will only release one a year...maybe two, because my priority is my novels.

So, I was thinking of removing my shorts from this blog. Don't worry...Weeping Willow will always be available on Smashwords and B&N for download.

In return, I will add a poem and a mini which will not be published anywhere else. I don't know how many minis I will do. Maybe one a season of any genre. You guys can even recommend one for this month. I was thinking werewolves or ghosts, but give me some recommendations. Remember these will be really short so don't expect anything of length.

These writings will only be published on this blog. NO WHERE ELSE. They will not even be on my website. These will satisfy those fans who are always looking for more of my writing while allowing me time to finish my novels. Plus, they will help me stay in touch with my audience and improve my writing skills.

Look out for these changes really soon. Thanks!

Posted by Sandra Madera at 9:30 PM No comments:

Q: Do you use real places as inspiration?

A: Yes, I do. If I can use real events in time, I will also do that although not as often. I do try not to name the  actual building although I will name the location and describe the building. 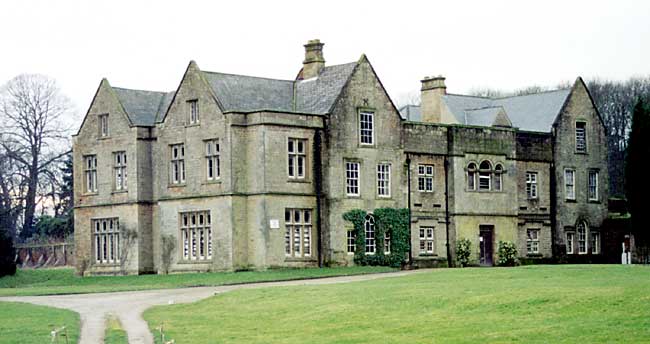 For example, my inspiration for the house in Restraint was Annesley Hall. I mentioned the town of Annesley through out the book, but never mentioned the hall itself. I developed a fascination with this manor house when I saw an episode of the show Most Haunted. Lord Byron was actually in love with a young maiden who lived in this house. However, I was fascinated by the sightings of a dark, ominous figure, the maid who hung herself in the laundry, and the belief the the house is haunted by a child who fell or was thrown from a window. At one point, this building was a school. The house was also consumed by a large fire back in the 1970's, leaving the outer shell of the derelict building you see above. I used points of this history at certain parts of my story. The child falling from the window was Marcus as Laura dangled him out. The maid was Anne. The dark, ominous figures were the vampires, and the fire opens the story. For more information on the history of Annesley Hall and its paranormal history click here. 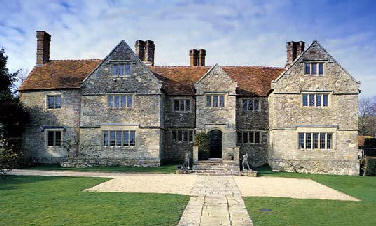 Another example is the house the Linda was held captive in Lament. The inspiration for the house in the Isle of Wight, which was guarded by hell hounds, was Arreton Manor. This is another haunted manor I spotted on Most Haunted. It is a bed and breakfast now, but it actually has a long history of being owned by English nobility, including Lord Culpeper (Thomas II) and Edward the Confessor. I was drawn by the sad story of Annabelle Leigh who witnessed her father's murder at the hands of her brother and was killed as a result. This is the inspiration behind Mason Lee's father who was accused of killing his father. The house is also know for its any ghosts of monks, a young girl (maybe Annebelle), and a woman dressed in red. As you can imagine, the ghost in the red dress was my inspiration for the cover of Linda wearing a red dress. For more information on the history and ghostly sightings click here.

The inspiration for the Carter house in Malcontent is Appuldurcombe House. Although this house looks quite majestic, it is actually a ruin. The front of the house has its windows intact, but the inside is a stone ruin. It is quite the tourist attraction, but it is its ghostly history which intrigues me. It is known for the apparitions of monks, a phantom carriage which stops at the front entrance, the ghost of a beautiful woman, sounds of children laughing, and the sound of a baby crying. Visitors to the basement have actually seen dancing shadows and ghost lights. See if you can guess what I will incorporate into the novel. For more information of Appuldurcombe's history or ghostly sightings click here.

So, real places can serve as inspiration. However when choosing a location, you don't have to be historically accurate if you are writing fiction. You can use some of the history or happenings but use them in your own way. Especially if the use of a family name is in question, because the family may still be living and you don't want to offend them. I recommend using an anagram or not naming the house but the town instead. Use your own discretion.

Happy writing and remember inspiration is everywhere. You just have to look.
Posted by Sandra Madera at 5:48 PM No comments:

I have finally finished Shattered, and I sent to my editor just now. I should be expecting a cleaner copy in a few days. So look out for Shattered in an online bookstore next week.

Now that I have written a short, my time will be devoted to finish writing Malcontent which I would love to have out by early June.

For those of you that have read my stories or novels, I encourage you to leave a review. Your review helps me to gauge what my audience likes and could help someone else.decide to read one of my works.

Posted by Sandra Madera at 9:35 PM No comments:

I am posting this as an URGENT call for all of my readers to leave a review on Amazon.com, Goodreads and other online websites. Even if you downloaded or purchased your book in another store, please try to leave your review in multiple sites by copying it and pasting it.

As a sign of your support, when you read one on my works, please leave your review on multiple websites. This will help me build reviews in websites where they are lacking. Your review could encourage others that are on the fence about reading one of my works to join in. Your review could help me gain more readers.

Word of mouth is also key. Please try to spread the word and encourage other readers, twitter, facebook friends, relatives, etc. to pick up a copy of my work. You could be the difference in helping my fan base grow.

Thank you so much for all of your support!
Posted by Sandra Madera at 11:58 AM 7 comments:

Q: How do you come up for the names of your characters? Is there a special meaning behind them?

A: Yes. This is actually not uncommon. Have you ever looked up your name to see what it means or its origins? It is not uncommon for expecting mothers to pick up a book of baby names and choose based on popularity, meaning or general like of a name. There are even some online baby name indexes.

For example, Nalin really does mean "lotus flower"and the lotus really does stand for peace. Alexis, as in the main character of Sangre Falls, is another form of Alexander/Alexandra like my name, Sandra, and it means "helper of mankind." All the characters of overboard have either a first or last name that has something to do with water, whether sea, pond or ocean.

Some authors choose a name because a publisher tells them that is a good name for a character. Other authors choose a name because they like it or have some connection with it in their day to day lives. I like to choose names I like, but they need to have meaning within the story, too. It adds dimension to the characters. If a character is considered a villain, I want them to have a name that is strong. It can mean strong or dark or black. Brenna's, a character in Overboard, name means "raven or dark-haired."

However, some names I choose for personal meaning and not public ones. I chose most of the characters names in the Weeping Willow series based on nature. Everyone knows the willow tree and how it appears to be drooping as if in sadness. My uncle, who is no longer with us, lived in a house next to a willow tree, and it was alive with the sound of animals. When the breeze moved its leaves, it actually sounded like it was weeping. This fit with the character of Willow since she was always in predicaments that would keep her from attaining happiness.

So, next time you pick up a book, think about whether the character's name means something about their personality or position within a story. Sometimes you may be able to spot the villain without having to read or unlock a secret that can only be confirmed at the end.
Posted by Sandra Madera at 11:44 AM No comments: