Inspiration Behind The Collector 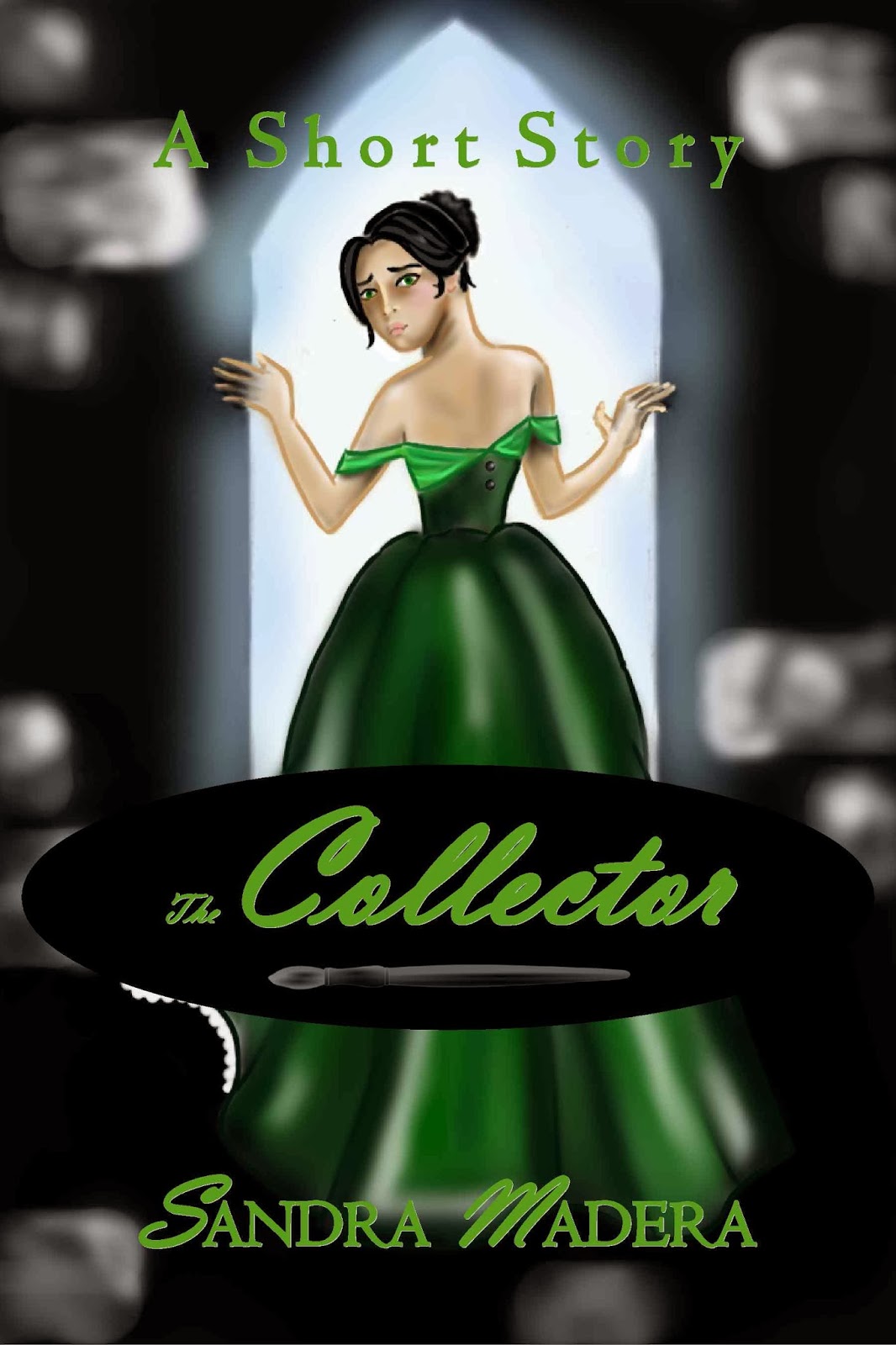 I am going to caution anyone who hasn't read The Collector here. What I am about to write may contain spoilers or be close to the plot... So if you haven't read it, read it and then return to read this post.
I wanted to talk about how I was inspired to write The Collector. I think that by talking about this part of the process it will, hopefully, encourage others to find inspiration in their lives or help the reader to relate to the themes within the book.

First of all, the idea for The Collector came way before I started writing it in 2013. It actually started back in 1996 when I had a dream that jarred me. It was so real that when I jolted awake... I didn't know where I was for a long minute. I spent months thinking about the dream and what it could have meant. I researched castles in Scotland and stories of the Green Lady in that part of the world which happen to be very popular. I always thought the dream would make a great story so I decided to write it.

The dream started off with me standing in front of a locked, and I was standing with a red haired girl who was supposed to be my best friend.  She was from Scotland and invited me to travel with her to her ancestral home.  She said that the castle belong to her great, great, great grandfather, and she was going to spend time their for the summer, but it needed to be cleaned out.  I was thrilled, because I always wanted to go overseas.  Her uncle was supposed to be our chaperon.

The next thing I remember was driving towards a massive castle and looking out the car window to see the rolling green hills of the surrounding land.  I had never seen grass so green.  The castle itself was gray and dark against the vibrant backdrop of the greenery.  Suddenly, I was up in a tower, and I was told to clean the room with  my friend and her uncle started to clean in a neighboring room.  I liked that he wasn't with us because he gave me the creeps.  I began to mop, but the mop water began to wet the blankets which covered items all around the room.  My friend was dusting, uncovering furniture on one side of the room.  I decided to help her and saw something wide and flat leaning against a wall in a dark corner of the room.  When she saw me walk towards the tarp, she told me the cloth covered portraits of her great, great, great grandfather's wives and asked me to take a break from cleaning.  We left.

I returned to the room at night, wondering what my friend was hiding.  Candles were lit so that I could see.  I moved part of the tarp, uncovering three separate portraits of women. Three wives. They were all beautiful but sad.  Their eyes seemed to cry out in despair.  I realized there was still paintings under the tarp and uncovered another one.  At this point, I became nervous.  How could a man out live four young brides.  I uncovered the last portrait and realized it was me!  I was the fifth wife.

My hair was pinned up with dark ringlets, cascading down.  I wore a green dress with white lace cuffs and collar.  I noticed an oval locket at the collar.  My eyes struck me.  I appeared sad... so sad. That is when I heard a voice behind me.  It was my friend's uncle.  He said, "You thought you could escape me, but you will never leave me again."

I saw a vision of myself dressed in the same green gown in the portrait.  I was standing on the windowsill, threatening to jump out to the rocky ocean below.  There was an old man, my husband, who threatened me.  He said that I could never leave him.  I feared this man so much that I jumped.

Coming back into reality, I realized the uncle was this man.  He had come back through time to find me again and wanted to entrap me again in the castle as he did during our past life together.  At that point, I ran and he chased me.  Then I woke up.

It was a long and detailed dream which shook me to the core.  Although I do not believe in reincarnation, I did wonder about it and looked up green ladies throughout Scotland.  Although no castle was an exact match for the one I saw, the story of Helen Gunn stood out to me.  So when I needed to fill up the holes in regards to location, I chose the castle where Helen Gunn committed suicide by throwing herself off of a tower and her ghost is seen.  Her captor, who abducted her on her wedding day, was named Dugald Keith.  You can read about this specific history here. (You will find it about half way down).

Dreams are a great source of inspiration.  I was wise enough to keep a dream journal so that I could recall these sorts of dreams, but even history can inspire.  If you can blend dreams or your imaginings with history, without disrespecting the ancestors of these individuals, then you may have a winning idea.  Good luck writing!
Posted by Sandra Madera at 9:55 AM