So, I have been thinking about this for a while...

When I did the original cover, I had a concept in mind which I loved. Willow looks deeply into Nalin's eyes after being reunited. However, the image I had in my head of Nalin did not quite match the cover. Nalin is a warrior Elf. He looks mean. He is a cold blooded killer. He has pointed ears and so does Willow. They don't look exactly human, but the old cover made them look ordinary.

The old cover is too romantic... too light when the story is dark and has a number of dark themes. So, I had to change the cover art to best match the Elven characters. 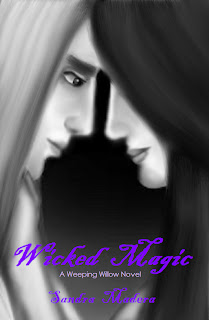 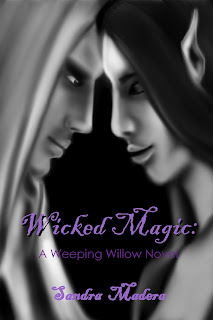 I kept the black and white theme, because it plays on the two Elven races, but I made Nalin appeared more masculine. Willow, in turn, looks more Elven with large eyes and ears.

Give me your feedback and let me know what you think.
Posted by Sandra Madera at 1:35 PM